The Connecticut Whale are thrilled to further their partnership with the New York Islanders Girls Elite Hockey organization, powered by National Grid, this coming season. With the 2022-23 season, specific members of the Whale will be acting as guest coaches at select practices throughout the Islanders Elite season.

Representing the Whale on the ice during Islanders Elite practices will be 2022 PHF MVP Kennedy Marchment, 2022 Defender of the Year nominee Allie Munroe, and former goaltender Jessica Strack.

Marchment signed a two-year contract in May to return to the Whale after helping the team to its first ever Isobel Cup Final. An unprecedented 33 points through just 20 regular season contests in her first season in the PHF earned Marchment the honor of being named the league’s most valuable player.

“I am super excited to be able to have the opportunity to work with the Islanders program,” said Marchment. “This is special for me to have the chance to share my knowledge and experiences about my hockey journey with the younger generation of girls! It's definitely an exciting time for everyone involved.”

Allie Munroe also signed a two-year contract to return to the Whale through the 2023-24 season after an exceptional first season as a member of the Pod. She was named to the 2022 PHF All-Star Game in Buffalo and bolstered the team from the blue line as the Whale battled their way to their first Isobel Cup Final. At the conclusion of the season, she was the Whale’s nominee for the league-wide Defender of the Year award.

Islanders Elite and the Whale share the common goal of inspiring young athletes at every age. Together, the two programs have worked to build a bridge between women’s professional hockey and youth organizations; the special relationship forged by Whale general manager and Islanders Elite President Alexis Moed creates a one-of-a-kind partnership and reinforces the Whale’s commitment to growing women’s and girls’ involvement in ice hockey across the tri-state area.

Marchment, Munroe, and Strack will make guest appearances beside an already stellar coaching staff comprised of former NCAA Division I and Division III players and will work hard to foster partnerships that support the growth of the girls’ game and pave the way for future success.

The New York Islanders Girls Elite Hockey Program, powered by National Grid, established in 2016 by Alexis Moed in conjunction with the New York Islanders and Northwell Health Ice Center, is committed to the support and development of girl’s ice hockey on Long Island and in the NY Metropolitan area. The program began six years ago with just 27 players across two teams. The program currently hosts 7 teams from 8 and under to 19 and under and serves over 100 girls.

ABOUT THE CONNECTICUT WHALE:

The Connecticut Whale are a professional women’s ice hockey team based in Connecticut and competing in the Premier Hockey Federation (PHF), formerly known as the National Women’s Hockey League (NWHL). The Whale are one of the Founding Four franchises that stepped onto NWHL ice in 2015, and are owned and operated by Shared Hockey Enterprises (SHE). Visit http://whale.premierhockeyfederation.com to learn more.

ABOUT THE PREMIER HOCKEY FEDERATION (PHF):

The PHF is the leading home of professional women’s hockey in North America. Established in 2015 as the National Women’s Hockey League, the NWHL rebranded to become the PHF in 2021 and maintains the mission to provide strong role models and fuel the continued growth of the sport. The league is made up of the Boston Pride, Buffalo Beauts, Connecticut Whale, Metropolitan Riveters, Minnesota Whitecaps, and the Toronto Six, who all compete annually for the Isobel Cup. Visit http://premierhockeyfederation.com to learn more. 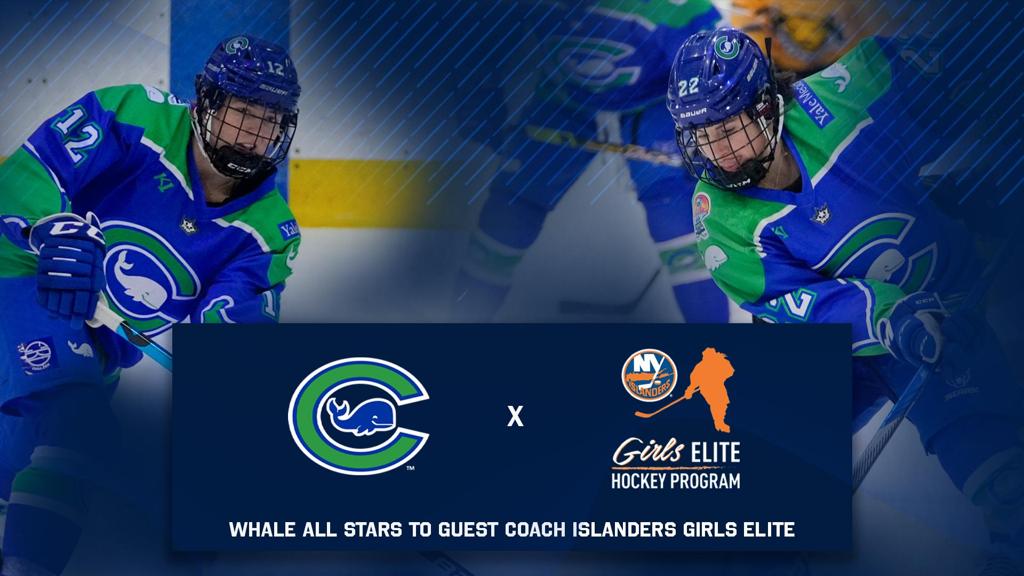